The capital of Northern Ireland is its biggest city on the island, even though it is actually part of the United Kingdom. Belfast is as modern as traditional with its 2 airports, motorways, a busy port, but also towers, castles and countless green areas.

Belfast, the birthplace of the Titanic

The capital of Northern Ireland is its biggest city on the island, even though it is actually part of the United Kingdom. Belfast is as modern as traditional with its 2 airports, motorways, a busy port, but also towers, castles and countless green areas.
Explore the mouth of the sand-bank ford, as it is translated from the Irish “Béal Feirste”, with cheap ferry tickets to Belfast through Let’s Ferry. 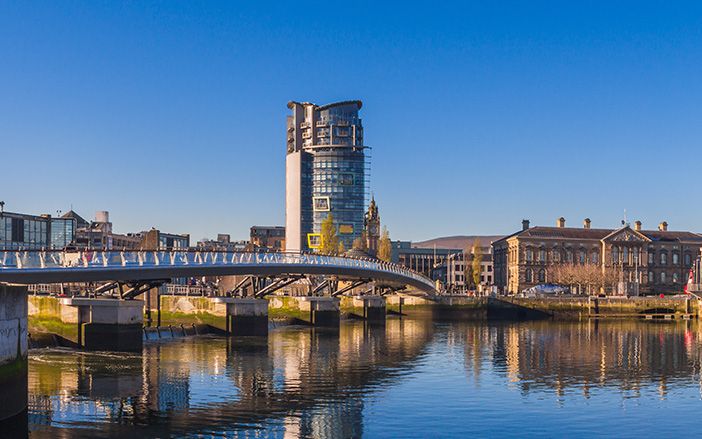 The port of Belfast

Must see attractions
• The city lies at the banks of river Lagan and there are bridges that connect one side to the other. Walk in the city centre to visit the Belfast City Hall, Belfast Cathedral and the legendary Saint George Market.
• Have an unforgettable experience at the Titanic Belfast. Visit the six-floor, star-shaped building to witness the progress of the underwater research on Titanic’s wreck in Atlantic Ocean, in real time. See realistic copies of the ship’s parts. Take a ride at the Shipyard and have a tour with the exact copy of the train that used to take its workers around the site.
• Visit the Crumlin Road Gaol, a 19th century jail. Here you can see accessories like guillotines. We dare you to take the most extreme selfie of your trip!
• Spend an evening at the Victorian Grand Opera House, which was built in 1895.
• The Ulster Museum is Northern Ireland’s National Museum. During your visit you can see a dinosaur’s skeleton as well as a 2500-year-old Egyptian Mummy.

Must do activities
• Belfast has its own Hollywood and it’s very close to the port. There you can spend hours on end at the Hollywood Sea Park and the Seapark Bay Beach. Walk at the long sandy beach, drink coffee, let the children play at the playgrounds and try some water sports.
• See the amazing view from the Cave Hill. In this area you can visit the Belfast Castle, the Cave Hill Adventurous Playground and the Cave Hill Country Park. History, adventure and games in just one visit, 6 km from the port.
• Visit the Botanic Gardens which were established in 1828. See the Palm House and the Tropical Ravine that host exotic birds and seeds.
• Walking, cycling and canoeing are some of the things you can do to explore the Lagan Valley Regional Park, which stretches in 4500 acres at the riverbanks. See the bird observatory and the stone bridges in a unique landscape, 10 km from the port. 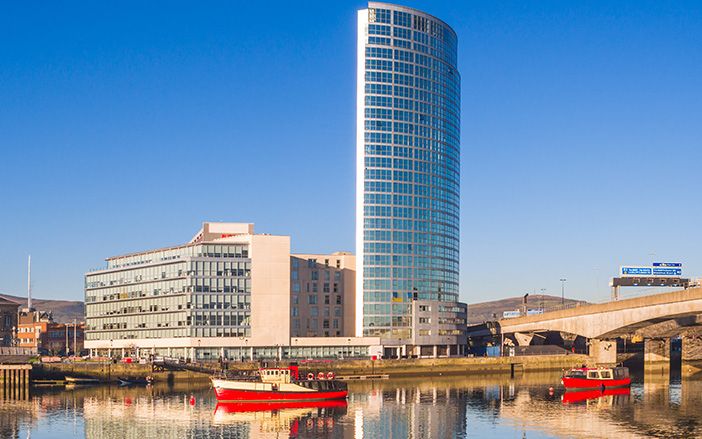 The port of Belfast

Tip: You can get to the port by bus, train, car, ferry or plane. Transactions are made in British pounds. Choose to pick your tickets up at home or at the port every time you make a reservation for cheap ferry tickets to Belfast through Let’s Ferry.

Don't miss: Only in Belfast you can spend one (or more) nights at George’s Best childhood home. He was a football legend, also known as “the fifth Beatle”. The price for 2 people starts from 150€ per night. If you are more of a Game of Thrones fan, you must take the chance and travel to Giants Causeway. It’s a UNESCO World Heritage Site as well the place where many scenes from the famous series were shot. Choose the best spot and take your most iconic selfie!

Information about the port of Belfast

The port is connected to Cairnryan and Liverpool. The facilities you will find at the port are free Wi-Fi, ATM, taxi, car rentals, paid parking and paid parking for the disabled, departure lounge.