Travel through time to mosques and venetian mansions and enjoy the bright Greek sun at exotic beaches with cheap ferry tickets to Rethymnon through Let’s Ferry. 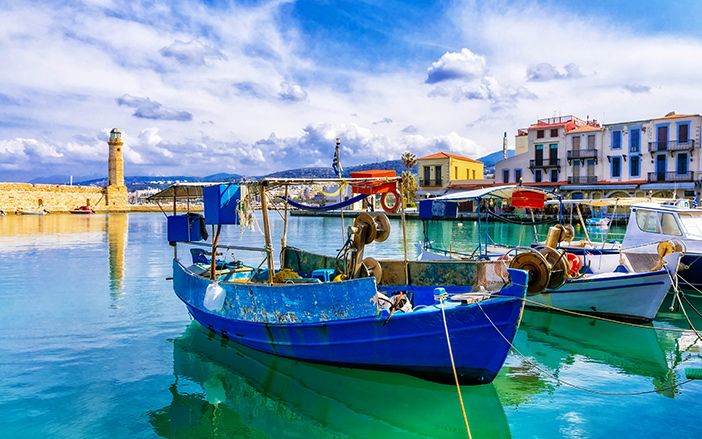 The port of Rethymnon in a traditional view

Top attractions for your eyes only
Rethymnon is a vibrant city with rich history that you can visit all year round. Choose the most convenient time to explore:
• The Old Town of Rethymnon with the paved alleys and the arches.
• The Venetian port, the Neratze Mosque, which, due to its height, remains the meeting point for local people for centuries. Continue to Rimondi Fountain which was built almost 400 years ago.
• Fortezza castle and its impressive sights such as the Ibrahim Han Mosque.
• The Paleontological Museum which is in the Temple of Mastaba and the Historical and Folklore Museum.
• The Catholic Church of St. Francis which during the Ottoman period, became a part of Neratze Mosque, then Turks turned it into a poorhouse and today houses the Archaeological Museum.
• The most important of the 800 mapped caves of Rethymnon is Ideon Andron. According to mythology it is where Zeus was raised.
• The hidden yards in the mansions where you will find some of the best Greek restaurants serving local recipes. Cretan kitchen is an attraction itself! 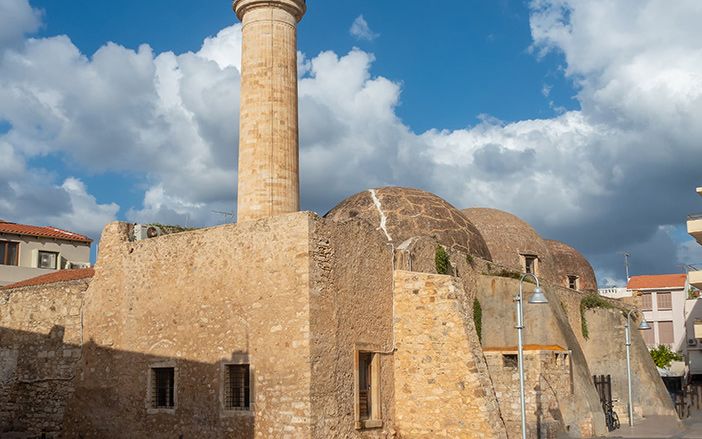 Book online cheap ferry tickets to Rethymnon at Let’s Ferry. Pick them up at home or at the port without additional cost! 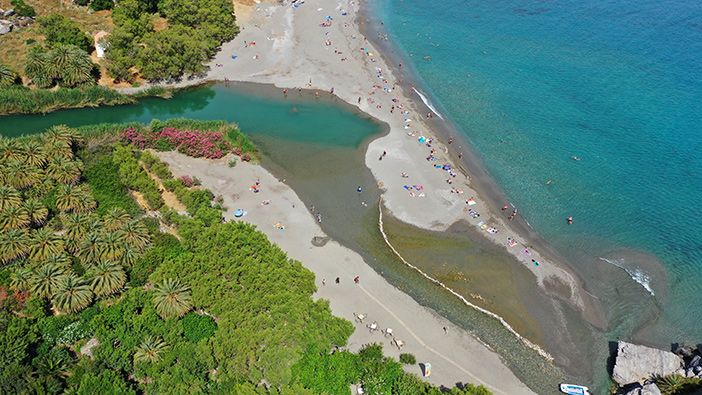 The beach of Preveli in Rethymnon is like Carribean

Top mountain and water outdoor activities
Whenever you choose to visit Rethymnon it’s the right season, as it offers many options for nature and adventure lovers.
• The sacred mountain of Crete, Psiloritis is the meeting point for those who love hiking, paragliding, climbing and ski when it snows. In that area you will also find Psiloritis Natural Park–UNESCO Global Geopark.
• Most beaches in Rethymnon have been awarded with a Blue Flag. The main beach of the town is 12 km long and ideal for swimming, waterski, barefoot skiing, kite surfing, flyboard, jet ski safari, Palms and waterfalls in Preveli will remind you postcards from Caribbean.
• The Pirate’s Fjord is a narrow cove between two tall cliffs and apart from swimming you can enjoy diving and underwater fishing. 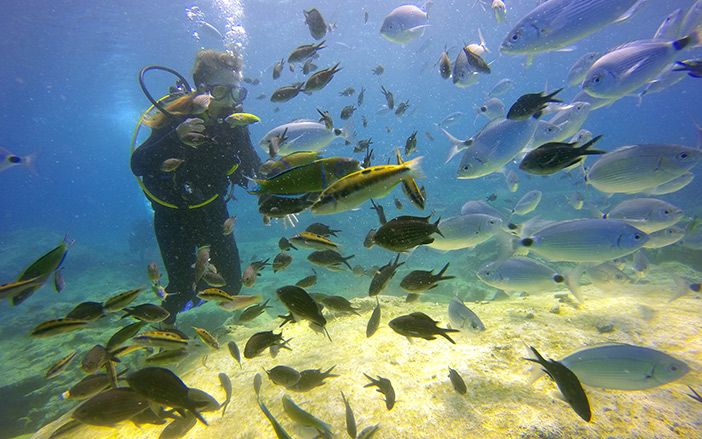 Diving in blue waters of Rethymnon is mustdo activity

Tip: The port of Rethymnon is connected directly with Piraeus, Milos and Santorini. Every evening, the most orange shaded sunset gives an amazing show that captures the heart of every visitor. To watch it in the front row, book low cost ferry tickets to Rethymnon through Let’s Ferry.

Information about the port of Rethymnon

Passenger routes connect Rethymnon with Piraeus and through frequent routes to Sitia, Chania and Heraklio.