Rhodes (or Rodos in Greek), in the south eastern Aegean Sea near the Turkish coast, is the island for year-round vacation, where it hardly ever rains. Due to its mild climate, and an exceptional range of options offered to travellers, Rhodes receives the lion’s share of visitors in the Dodecanese.

Rhodes, a medieval island in Greece

Rhodes, the biggest of Dodecanese islands, is named after the most romantic flower, the rose. Discover this popular destination with cheap ferry tickets to Rhodes through Let’s Ferry. 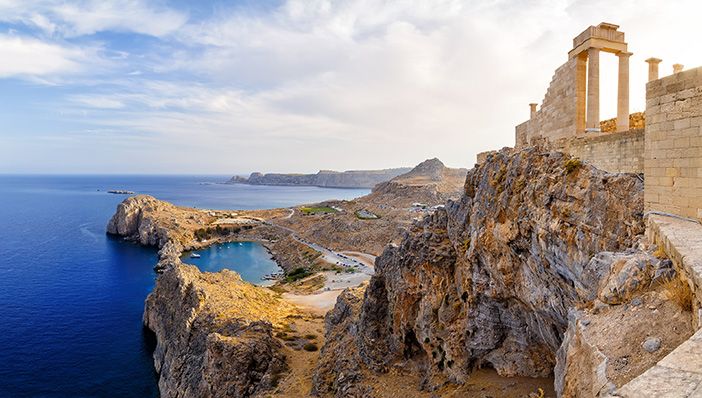 What to see
• The island was historically famous for the Colossus of Rhodes, one of the Seven Wonders of the Ancient World. Mythology and history legends are spread all over Rhodes.
• A knight fairytale awaits you in the Old City, the best-preserved medieval city in Europe and since 1988, a UNESCO World Heritage Site. The Palace of Grand Master, also known as Castello, has many stories to tell about the times where knights lived in Rhodes.
• Lindos, the second largest city of Rhodes, has many historical and architectural attractions.
• A famous landmark of Rhodes is Faliraki, the place that many British tourists choose every year to spend their holidays. At this beautiful beach you can enjoy water sports, kart racing and visit the largest Water Park of the country. 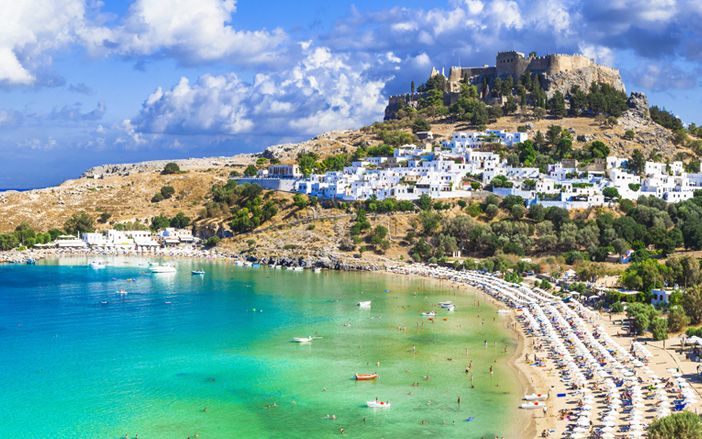 There are more places to explore which you can explore with a single click. Book ferry tickets to Rhodes with Let’s Ferry and spend an unforgettable holiday in one of the most famous Greek islands.

What to do
Did you know that the miniature breed of horses, a kind that has survived through centuries, lives in Rhodes? It is the smallest in Greece and the second smallest in the world and you can see them in a farm called Faethon, in Archangelos. The Valley of Butterflies, in Theologos, offers a spectacular green scenery with lakes, lilies and of course rare species of butterflies. They all come here to mate from June to September, so if you visit the island in that timeframe, don’t miss that colorful phenomenon. Sandy beaches with turquoise waters are one of the biggest attractions in the island. Kitesurfers love Prasonisi while the adventurers prefer Traganou for its caves. Εnydreio is a cosmopolitan seashore and in the “celebrity” beach Anthony Quinn, you can enjoy endless snorkelling. 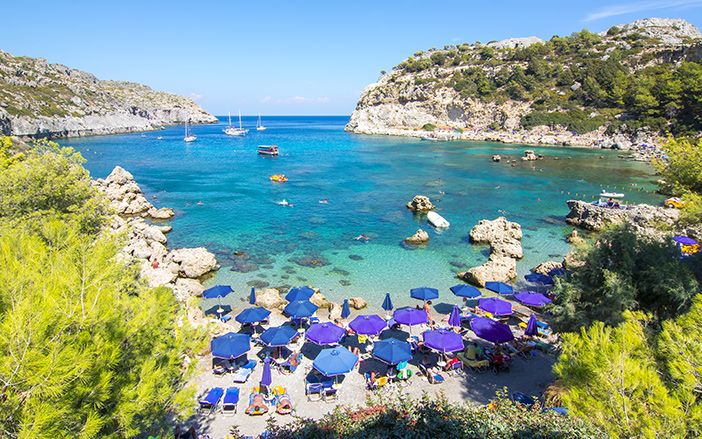 Tip: The most exotic site of the island is the forest of Seven Springs. It has a beautiful lake, home of the local fish gkizani, and waterfalls. Don’t lose time, book your ferry tickets to Rhodes with Let’s Ferry and choose home delivery or pick them up at the port.

Information about the port of Rhodes

Various ferries of all sizes depart daily to connect Rhodes with the rest of the Dodecanese islands, Crete, Cyclades and of course Piraeus.