It’s the third largest city in Spain with amazing historical landmarks and Santiago Calatrava’s modern architectural constructions that shape the city into a beautiful contradiction. The port is the fifth busiest in Europe and the main connection from Spain to other Mediterranean ports.

Valencia, the city of paella

It’s the third largest city in Spain with amazing historical landmarks and Santiago Calatrava’s modern architectural constructions that shape the city into a beautiful contradiction. In a short distance from the port and the city centre, you can visit UNESCO World Heritage Sites, Blue Flag awarded beaches and endless parks. Tasting the Mediterranean cuisine and the traditional Spanish dishes is a must, here. The city has more than 2000 years of history. The port is the fifth busiest in Europe and the main connection from Spain to other Mediterranean ports. See routes and book tickets to Valencia through Let’s Ferry.

Attractions in Valencia
• Explore the Ciutat Vella, the Old Town of Valencia. See the La Seu de València, which is the Cathedral. In a short distance from there, you can visit the La Lonja De La Seda, the Silk Exchange. It’s a UNESCO World Heritage Site.
• The Ciutat de les Arts i de les Ciences (The City of Arts and Science) is a stunning architectural site with well known buildings, designed by Santiago Calatrava: The Hemisferic, a 3D digital cinema, the Opera Palau de les Arts, the Umbracle which is a sculpture garden, the Agora, a covered space for multiple uses and the amazing bridge Assut de l'Or. The Oceanografic is Europe’s largest aquarium and it hosts almost 45.000 sea species. 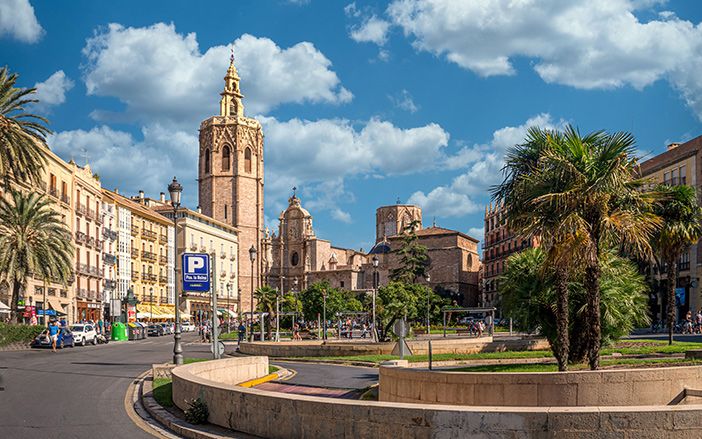 Activities in Valencia
Visit Turia Garden València, the largest urban park in Europe. Stroll around its 9 km of green and see lakes, 18 prehistoric bridges, hiking and cycling trails.
Meet the animals and their caregivers at the Bioparc Valencia, which is 13 km from the port. It’s an animal park with 150 African species.
L’ Albufera Lake is the largest lake in Spain, just 10 km from the port. In the same area there is the L’ Albufera Natural Park, the place where paella was discovered! If you haven’t heard before of paella, it’s a Spanish traditional dish where the main ingredient is the rice. It is cooked either with seafood or chicken. 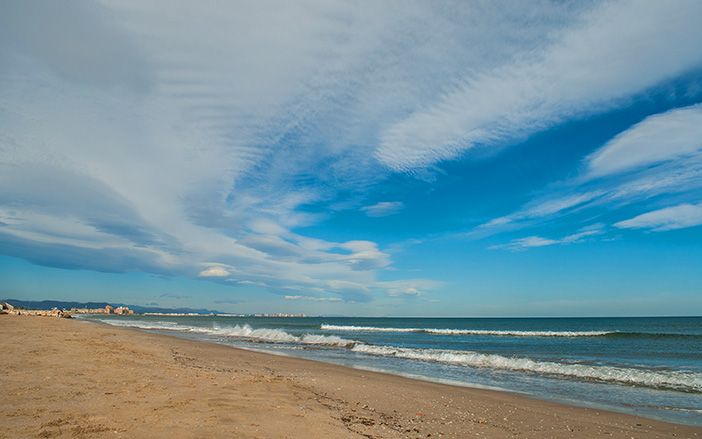 One of the most popular beaches in the city is Malvarossa

Access to Valencia: You can reach the port by plane, car, subway, railway, bus or ferry. Valencia’s airport is 22 km away.

Only in Valencia: The Las Fallas festival takes place in Valencia every March. It has been declared an Intangible Cultural Heritage of Humanity by UNESCO. Although it looks like a carnival, this is not the case. The festival dates back to the Middle Ages and it celebrates the beginning of the spring as well as Saint Joseph the carpenter’s Day. See impressive fireworks and the parade of paper and wooden sculptures which are burnt on the final day of the festival.

Information about the port of Valencia