Ios it’s not only a party island. 365 churches and a great history background can prove it. Fifty shades of green and blue are waiting for you in more than 30 beaches.

Ios, a youthful but timeless island

In the island where Homer’s mother was born there’s always something exciting to do. From early morning romantic strolls in stone paved alleys to beach parties by the emerald waters of captivating beaches, Ios is full of life. “Ios” means “flower” and like its name it consists of colors, scents and paradise sceneries. Book cheap ferry tickets to Ios at Let’s Ferry to explore its tropical beauty and pick them up at home or at the port. 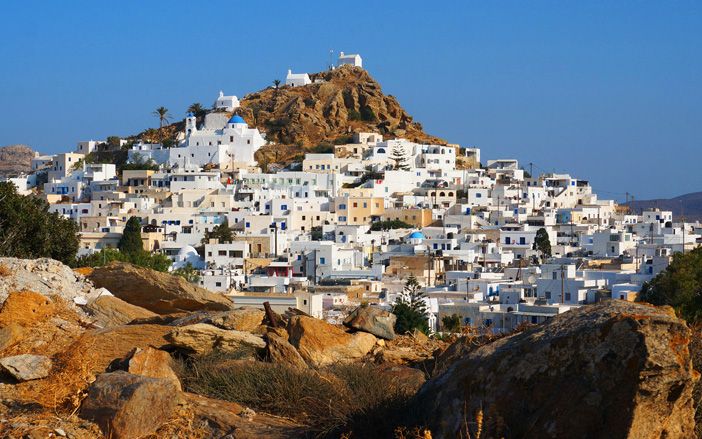 Must-sees
Ios it’s not only a party island. 365 churches and a great history background can prove it. This is just a small list of the main attractions we set up for you.
• Chora, the capital of Ios is in short distance from the port of Yialos. Walk up to the highest point until you reach Panagia Gremiotissa for a breathtaking view to neighboring Sikinos and the best sunset on the island!
• Lose yourself in the stone paved streets of Chora and look for the alleged Tomb of Homer, one of the greatest poets of Ancient Greece. The Archaeological Museum is worth visiting, as well as the Town Hall which are both hosted in Amiradakio Megaron.
• The snail-shaped early Cycladic settlement in Skarkos is an award-winner archaeological site. 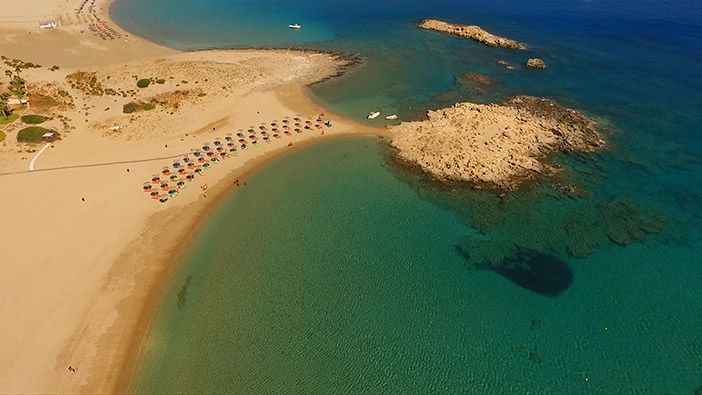 Did you know that Ios is also famous for the delicious “skotyri” (goat cheese) produced here? Book low-cost ferry tickets to Ios through Let’s Ferry and taste all local delicacies!

Must-dos
Fifty shades of green and blue are waiting for you in more than 30 beaches and each one is more beautiful than the other. A number of other activities are available if you enjoy adventurous pursuits.
• Mylopotas and Magganari are the most popular wide-open stretches of sand here. Start your day with a swim, but save some energy for fun water sports like water ski, tube rides, banana, kneeboarding, flyfish and diving. Before you know it, the sun will be diving in the sea too.
• Featuring a Blue Flag, Koumbara is one of the prettiest beaches and offers an amazing sea view. Windsurf fans, you will love windy Psathi and if you’re lucky you may even surf with dolphins!
• A kayak safari is the best way to see every hidden beach of Ios, enjoy snorkelling in the crystal waters of Aegean Sea and cliff-climbing. 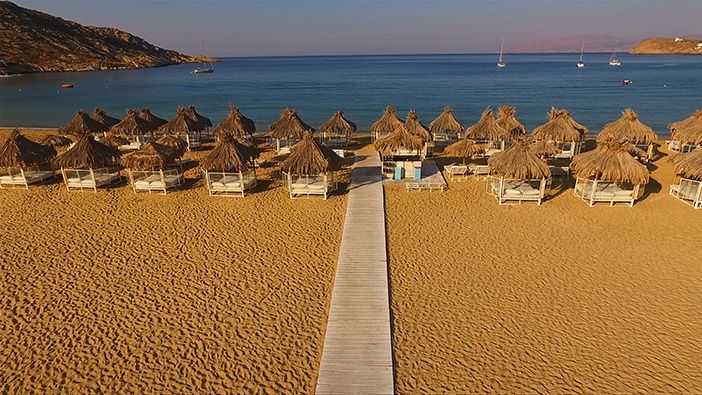 Tip: There’s a local custom named “Kounia” taking place in May. Young girls dressed in traditional costumes, set up swings in the alleys of Chora and the boys rock them while the girls sing traditional love songs. Be a part of this romantic scenery with cheap ferry tickets to Ios through Let’s Ferry.

Information about the port of Ios

Twice a day, Ios is connected to Piraeus, Paros and Naxos. There are regular boats also to Milos, Mykonos, Kimolos, Sifnos, Serifos and Kythnos.