In the north of the Dodecanese, Patmos is an ideal starting point for exploring the islands of the complex. Dozens of temples, churches, alleys with a medieval aura and mansions compose the island of Patmos.

Secluded beaches, imposing monasteries and medieval aura; The northernmost island of Dodecanese has many faces and all of them know how to impress. That’s why visitors are in awe by popular Patmos’ majesty as soon as the boat reaches the port. Travel to the “Jerusalem of the Aegean” with cheap ferry tickets to Patmos through Let’s Ferry. 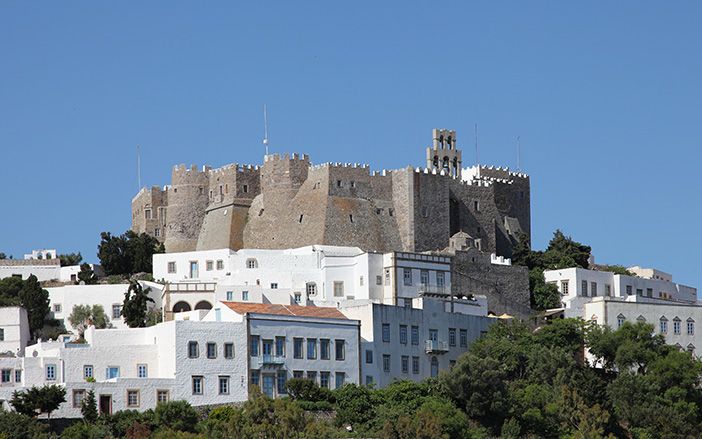 The Monastery of Saint John in a beautiful view

Things to see in Patmos
The island of the Revelation, has more to offer than sites of religious interest. Most of all, it’s a place where someone can enjoy laidback holidays at a captivating scenery. Start your trip from Skala, the island’s main port where the Italian Building (former house of the Constabulary, Post and Customs) and the Baptistry are situated. On your way up, you will find Chora and its three Europa Nostra-awarded windmills. The holy Monastery of Saint John is built as a castle and is considered a World Heritage Site by UNESCO. 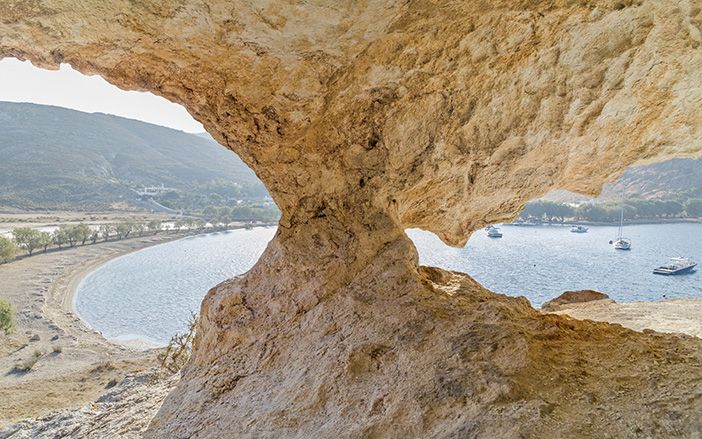 Beautiful view of the beach from the rock in Patmos Island

The Cave of the Apocalypse is located between Skala and Chora. According to tradition, in this cave, Saint John heard the voice of God and wrote the Book οf Revelation. The Ancient Acropolis and the remains of Apollo’s temple can be found in Kastelli. If you love mystery stories, discover the myth behind the rock of Kallikatsou. Full of temples, chapels, medieval alleys and elegant mansions, Patmos is closer than you think. Look for early booking discounts in ferry tickets to Patmos at letsferry.com and discover its rich history.

Things to do in Patmos
Well organized activities are available in Patmos and every islander cares to offer quality services. There are many choices for the adventure seekers: Agrio Livadi is ideal for water bike, tube, canoe and waterscate. In Kambos you can try wakeboard. If you hear a local mentioning the Twin Beaches, also known as Didymes, he means Lambi and Ligginou which look exactly the same and are located side by side. 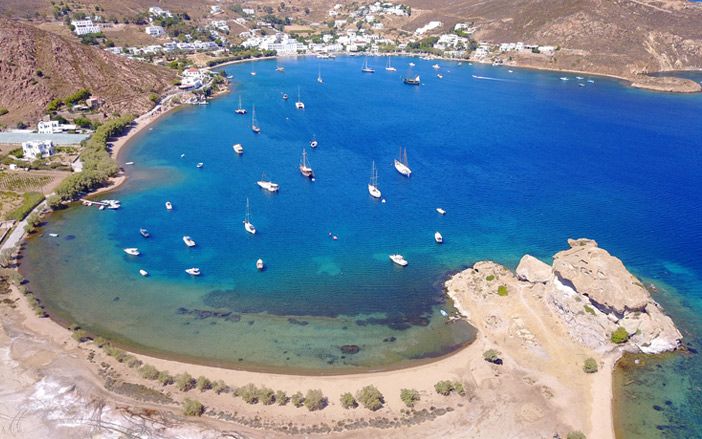 Go sailing around the nearby islets of Marathi and Arki. The crystal-clear waters of Lipsi are also close and totally worth a dive. Trekking in the 7 selected and signposted trails, also known as the Paths of Culture, is a perfect way to explore Patmos’s unique landscape. 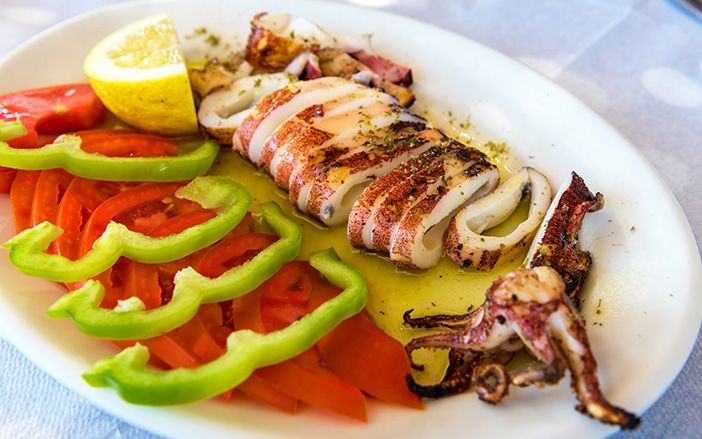 The stuffed squid in Patmos Island

Tip: Don’t leave before you try the traditional tart-shaped cheese pie, as well as the stuffed squid. Check the route chart and book low-cost ferry tickets to Patmos through Let’s Ferry.

Information about the port of Patmos

The island is connected to Piraeus, Rhodes, Leros, Kos and Kalymnos on almost a daily basis.