Book tickets for all Golden Star Ferries destinations online and compare prices across all routes in just 3 steps! Pay online and receive your tickets anywhere!

The history of GOLDEN STAR FERRIES began in 2011, when D. & G. Stefanou Bros. bought from Attica Group, the now legendary Superferry II, which ran daily routes from Rafina to Andros, Tinos and Mykonos. In 2021, Superferry II completed an illustrious career of 28 years and said goodbye to the ports it served for around 30 years. Golden Star Ferries, however, continues to this day to offer high-level services, to contribute to the development of our islands and to be a force in the Greek seas! Its ships depart from Rafina, a port which, due to its location very close to the "Eleftherios Venizelos" airport, has seen great development recently. Its destinations are extended in the summer season to Tinos, Mykonos, Paros, Naxos, Ios and Santorini. The Company's primary purpose was, and remains, to create a fleet that will safely, comfortably and consistently transport passengers and vehicles. At the same time, Golden Star's goal is to establish itself in Greek shipping and expand its presence in new destinations. In 2017, the company was awarded by the Lloyd's International Organization as "Passenger Line of the Year 2017".

Recently the company announced, in a Press Release, the purchase, with equity capital, of one more ship that will join its fleet, after it has been adapted to its specifications, so that it meets all European regulations. This new ship has a capacity of 1400 passengers and 390 vehicles and is intended for the Cyclades line.

The company has the Golden Miles Membership Card, with which it gives its holders the opportunity to accumulate or redeem miles. They can thus enjoy privileges and discounts at airlines, car rental companies, credit cards, hotels, etc.

Golden Star Ferries enables easy and fast online check-in from your computer, tablet or smartphone. Thus, by checking in from 48 hours to 2 hours before your departure and automatically receiving your boarding pass (either by message on your mobile or by email), you save time at the port.

Golden Star Ferries has many discounts for all of you who wish to travel on its ships. For example:
• 30% discount for any destination on return tickets for same-day trips, provided that the tickets are issued at the same time (applies to individual and vehicle tickets)
• 50% discount for children aged 5-10 years, while for children aged up to 5 years a zero ticket is issued

At the same time, Golden Star Ferries makes attractive offers very often. That is why we recommend you to subscribe to the Let's Ferry Newsletter, so that you will be the first to hear the good news! 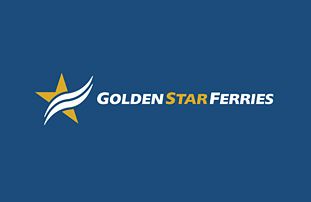